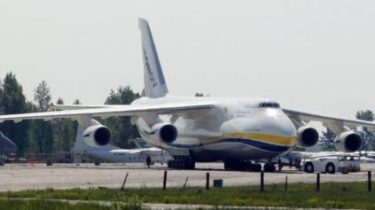 SOE “Antonov” and the Russian cargo airline “Volga-Dnepr” are closed negotiations for the renewal of airworthiness of the aircraft An-124–100 “Ruslan”.

About it writes the edition “Kommersant”, citing sources in the Russian aviation industry.

“In reaching agreement both parties are interested, but the final decision is still pending due to the difficult relations between the two countries, says one of the interlocutors. — While there is an understanding about the cost of services and place of work: brigade of the Ukrainian enterprise will take care of them at the plant “Aviastar-SP” in Ulyanovsk.”

From “Maize” to “Mriya”: the state enterprise “Antonov” is 70 years old. Infographics

At this time, the conflict has created for the company “Volga-Dnepr” serious difficulties with the extension of the resource and ensuring the life cycle of “Ruslan” — the world’s largest civil cargo aircraft. In the Park of the carrier 12 of the machine, which operates Charter freight services. The holder of the type certificate of the aircraft is Antonov. By its terms the procedure for the renewal should be done every 4 thousand flight hours, although the assigned resource is much more — 50 thousand, 10 thousand flights and 45 calendar years.

The Russian government has acknowledged that the Russian operators have difficulty maintaining airworthiness “Ruslanov”.

The edition source in the Russian aviation industry is convinced that the possible involvement of “Antonov” to the follow-up to the new talks need more to Kiev than Moscow because of alleged insufficient financing of the Ukrainian company, which is part of the “Ukroboronprom”. At the same time, according to another source, in the case of non-cooperation cost of transportation to market may increase. At the moment, the company “Volga-Dnepr” engaged in the delivery of goods in the framework of major international contracts, for example, transports produced in Europe satellites to Kourou in French Guiana.

Sources of “Kommersant” in the Ukrainian Cabinet of Ministers believe that the deal between the companies could be held, if the Verkhovna Rada will not hinder this. “We motivate agreement that transport Il-76MD, which we have, as well as the armament of the air force of Ukraine, is the intellectual property of the Ilyushin design Bureau,”— said the source. Thus, if the Ukrainian side does not make concessions, then the answer to the problem on the Il-76, for extension of the resource which is needed documentation of Russian design Bureau.

At the official level no comments. The parties waive the answers to the queries. Recall that in September of 2015 “Antonov” by order of the government came from the Ukrainian-Russian joint venture “UAC—Antonov”.