In the Donbas a Ukrainian soldier was wounded. Chronicle of the ATO 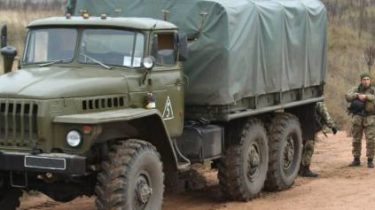 For Thursday, November 2, in the area of ATO in the Donbas the militants fired 16 times the position of Ukrainian troops, one soldier was wounded.

“Our defenders 13 times by fire from weapons that are not prohibited by peace agreements, forced the mercenaries to the world. At the end of the last day in the area of ATO the situation remained turbulent. Russian occupation forces continued shelling the positions of ATO forces in all directions, using mainly infantry weapons”, – the press-center of staff ATO in a morning summary.

At the direction of Lugansk , after 18:00 the fighters three times shot from grenade launchers and heavy machine guns at the Ukrainian military near the Crimean.

Under fire from the same weapons were Ukrainian strong point near Lebedinsky, in the seaside area.

On the Donetsk direction at the end of the day fighters used grenade launchers of various types and small arms near Luhansk, heaters and Butovka. And machine guns shelled the outskirts of Avdeevka..

Meanwhile , the group “Wagner” recruiting mercenaries in the colonies where you are for serious crimes.