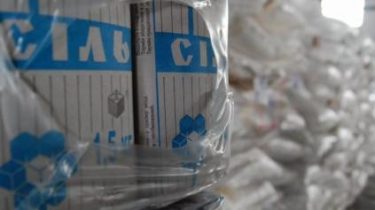 Account solodovennogo state enterprise “Artemsol” in the evening of 2 November was arrested, so the work of the company can be paralyzed.

About it informs Interfax with reference to the SOEs.

In particular, the arrest conducted in the framework of enforcement proceedings on recovery of SE “artyomsol” 70.5 million UAH of penalties in the result of violation of the terms of the agreement, KPVI “Memory” in the period 2014 -2015.

The NEB conducts a search on “Artemsol” media

Today the company’s account arrested, and wage arrears is more than 58 million UAH. That debt was accumulated due to the termination in February 2015, reimbursement of costs on the maintenance of the cruiser.