It will be much worse. The national Bank’s updated inflation forecasts 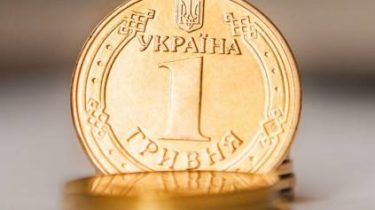 This worsened the forecast was announced by the national Bank and updated macroeconomic projections for 2017-2019.

“The Outlook revision for 2017-2018 is associated with the acceleration of inflation in recent months, as well as the emergence of new proinflationary factors as more active recovery in consumer demand, the rapid increase in pension payments since the fourth quarter of 2017, the planned increase in the minimum wage and excise tax on tobacco products in early 2018 and the like,” explained the regulator.

The national Bank expects “inflation will decline from the current level due to the gradual depletion of the influence of the current sharp increase in food prices and moderate volatility in the exchange rate of the hryvnia on the forecast horizon. Accordingly, will omelette as the rate of growth of prices for raw food products and core inflation, which significantly depends on them. In General, the fundamental inflationary pressures in the forecast horizon will remain cautious”.

The regulator expects that inflation will deter “a fairly tight monetary policy. The recent decision of the Board of the National Bank to raise the discount rate to 13.5% per annum was aimed at to prevent significantly the deviation of inflation from the target level of forecast horizon with the influence of the above factors. In addition, taking into account the possible risks to the Outlook – continued action of the supply factors that led to the rise in prices of raw food this year, further recovery in consumption against the backdrop of increasing social standards, as well as a longer delay in the flow of official foreign financing of the program of cooperation with the IMF”.

The shadow economy of Ukraine became the third largest media

“This is due to the favorable impact of both internal and external factors, which was reflected in the best results of economic activity in most sectors in the second and third quarters of this year than expected earlier. In 2018-2019, GDP growth will accelerate to 3.2% and 3.5%, respectively. Private consumption will remain the main engine of economic growth in these years due to the increase of salaries and pensions, improvement of consumer moods of the population and activization of consumer crediting. In the current year is projected to private consumption growth of 6% in the future – at the level of 4%,” – noted in the national Bank.

Ukraine in the next two years will continue to place sovereign Eurobonds – $ 1.5 billion each year. The money will cover the current debt.

The next tranche of the loan from the IMF hope to get in the first quarter of 2018. In General, next year expect to receive from the Fund $ 3.5 billion from the world Bank for another $ 500 million.

Accordingly, international reserves should increase to 22.2 billion dollars at the end of 2018. But in 2019, reserves of the “lose weight” to 21.1 billion, as would have to repay the loans.