Escape and return to the zoo: in Israel, a funny Hippo changed his mind to stay free 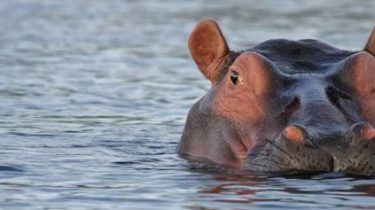 In Israel, the Hippo tried to get loose from the zoo.

A quiet night, slowly the animal came through the main gate, reads the story of “TSN.Ranok“.

The guard decided not to disturb him, and only by watching: what it will do next. The Hippo looked a little like stormy street, tried roadside grass. And do not seem impressed by what he saw, returned to his native bog, where she was looked after and tasty food.

We will remind, in South Africa, the Hippo saved the antelope from a crocodile. The crocodile grabbed the antelope in the hoof and tried to pull into the lake. The animal escaped as best they could. In the eighth minute of the battle for life is already lost strength and was ready to give up, when suddenly came to the aid of hippos. They drove away the predator.