More than one hundred recipes and history of the name: what is known about the sandwich 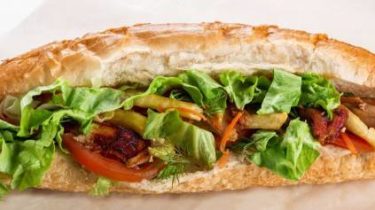 It is similar to a simple sandwich, but it is not said in the story “Sedanka z 1+1“.

Citrus for sexual health and avocados for eyesight: scientists named the most useful for men products

A sandwich must have at least two pieces of bread or bread – top and bottom. And toppings in between, there are many officially recorded over a hundred recipes.

Videointernet facts about the sandwich

Named this dish in honor of the English Earl of Sandwich in the eighteenth century. He loved to play cards and ordered a snack at the gaming table, so as not to interrupt the game. In order not to contaminate their hands, an aristocrat was asked to cover the roast beef on top of bread. This idea and many people love it and quickly spread throughout the world.

Traditionally on this day all over the world are the various competitions – who will eat more sandwiches on the speed and who will cook the longest. And though some nutritionists deny the use of this product, its popularity has not abated around the world.

We will remind, earlier the world’s scientists have given the green light to spicy food. Hot pepper and other hot spices contribute not only weight loss but also reduces appetite to eat salt.