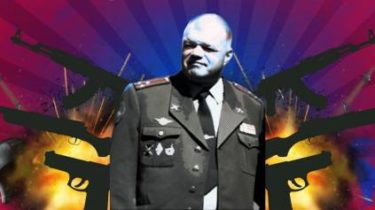 Counterintelligence of SBU together with TSN.ia continues to inform the public about the citizens who already for a long time in the occupied territories Donetsk and Lugansk region.

In previous publications it was about the personal guards of the leader of “DNR” Zakharchenko, and killed in Syria by the General Valeriy Asabove and the General-major Valery Sharapova who took part in military operations on Donbass. And Lieutenant General Michael Teplinskaya, in particular, know that his arrival in the occupied territory was equivalent to Armageddon.

At this time, the counterintelligence of SBU informs you about the Russian General who led the headquarters of the “second army corps” of the occupation troops of Russia in the lands of the Luhansk region.

The “hero” of the annexation of Crimea 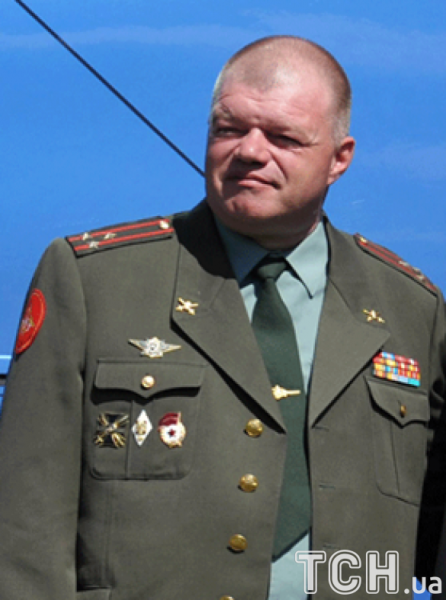 Until 2014, the biography of major-General Boris Fomichev was nothing special.

In 2014, Fomichev took command of the 18th brigade of the 58th army of the armed forces (military unit 27777), which is based in Chechnya and picked up the people from the North Caucasus. These are the “little green men” without insignia, which were covered by local residents during the blocking of military units and received medals “for liberation of Crimea”.

But how it came to real fighting, the picture changed. In June 2014, units of the brigade Fomichev began active participation in the capture of Donbass. Here, however, the status of “heroes” has suffered greatly. What about just leaving on the battlefield their own “Grad” near Dobropole and the flight crew. This technique became one of the first physical evidence of direct invasion of Russia to Ukraine.

Not only that, the soldiers fled from the battlefield, they also posted evidence of this on YouTube.

Among subordinates, the General Fomicheva was a mixed reputation. He brought its own personnel to the point that soldiers are recorded on tape and posted online his “speech” where he calls them rats and cowards.

In the best traditions of Russian obscene–General’s style Fomichev, who was subordinate nicknamed “Shrek”, blames subordinates Chechens and Dagestanis that they did not meet the reputation of the “wild division”.

Especially “Shrek” was outraged that his gallant Caucasians, who without firing a shot “chop off” the Crimea, as soon as the smell of fried in the Ukrainian Donbass, immediately became rats, who fled from the battlefield.

Disappeared and suddenly appeared on the border with Ukraine

Not having received any dividends from the 18th brigade, “Shrek” has used his friendly relations with General Sergey Kuzovlev, former commander of the 58th army of the armed forces and moved to his obedience.

Just at the end of 2014, Russia decided to create the occupation corps in Donetsk and Luhansk, one of which was headed by Kuzovlev Callsign “Tambov”. Fomichev was appointed chief of staff in the occupied Luhansk region, taking the call sign “Stalingrad” and the name “Gregory”.

In 2016, it was replaced by another high-ranking Russian military, and the traces Fomichev lost.

Counterintelligence draw attention to the fact that the Russians are significantly limited mention on the Internet of their generals who fought in the Donbass. In particular, it became impossible to find information about what are Russian military officials medium caliber after the accomplishment of “feats” in Ukraine. “The concealment of crimes and criminals – a common phenomenon for Russia,” – noted counterintelligence.

At the same time, in the case of the more important generals of the info still appears. So, in July of 2017, the commander Fomichev was appointed the commander of the 8th army of the southern military district of the Armed forces of the Russian Federation.