In the Donbass again wounded Ukrainian fighters. Chronicle of the ATO 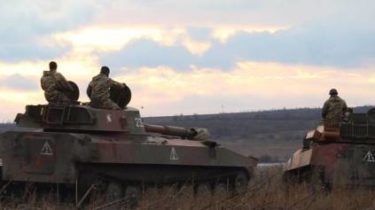 In the area of ATO in the Donbas during Friday, November 3, militants fired 13 times the position of the Ukrainian army.

“Since those days the situation in the ATO area has tended to aggravate. During the eight fire fighters, the Armed forces of Ukraine has used the weapon to defeat the enemy. At about 12:00 as a result of small arms fire from the nearby Kamenka wounded soldier ATO forces”, – stated in the press center of staff ATO.

C midnight, the militants have stepped up provocations in Donetsk direction. Of various types of grenade launchers and machine guns, the militants beaten the Ukrainian army fortifications near Zaytsevy, Avdeevka, Sands, Luhansk.

On Lugansk the direction of the double-shelled 82 mm mortars and automatic grenade launchers of the Ukrainian fighters near the Crimean. Also under fire was a reference point near the Trinity.

On the seaside direction , the voltage is in the area of Water. C midnight three militants were beaten on the outskirts of the village of APCS, grenade launchers and heavy machine guns.

Meanwhile, in the Donbass the group of fighters stepped on a mine field.