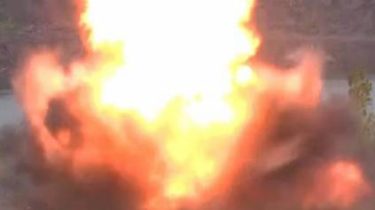 In the military hospital No. 61 in Mariupol during resuscitation died senior soldiers-the contract employee of the national guard Sergei Kurbatov. The day before yesterday, November 1, he hit a landmine during a combat mission in the area of Marinka in the area of ATO.

From that explosion at the place of the death of major Sergey Sirotenko. And wounded by Sergiy Kurbatov was hospitalized at the military medical hospital of Pokrovsk in the Donetsk region. From there he was taken by helicopter to Mariupol. But to save him failed.

Sergey Kurbatov was 37 years old. He served as a driver-medic in military unit №3035.

The national guard of Ukraine