In the Parliament will block the resumption of cooperation, “Antonov” with the Russians 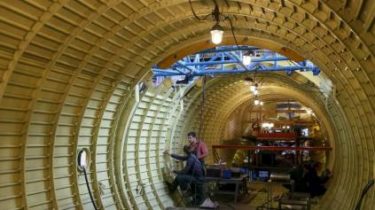 About it reports a press-party service.

“All this cooperation had to be stopped in 2015 by the decision of the Government of Arseniy Yatsenyuk, – and so it should be up to our victory in the Ukrainian-Russian war. Such cooperation with Russian companies is immoral, and is clearly prohibited by current legislation of Ukraine”, – stated in the message.

What really happens with the “Antonov”

It is noted that the service “Volga-Dnepr” would maintain its monopoly position in the international civil market, therefore supporting the economy of the aggressor.

“Any hypothetical benefits from this “Antonov” is not comparable with the losses of Ukraine. We appeal to the security Service of Ukraine and the Cabinet of Ministers for the immediate verification of information which appeared in mass media”, – added in “Popular front”.

Also, the report says about the need to create a special Commission to find out whether there were violations of sanctions against the aggressor, established by decisions of the Council, and also, whether there has been a violation of the statutory procedure for the export of dual-use services. Managers should report on the results of this test in the Verkhovna Rada.

We will remind, the newspaper “Kommersant”, citing sources in the Russian aviation industry said that the state enterprise “Antonov” and the Russian cargo airline “Volga-Dnepr” are closed negotiations on the renewal of airworthiness of the aircraft An-124–100 “Ruslan”.