NABOO bought tracksuits to the participants of the “case of the backpacks” with Avakov Jr. 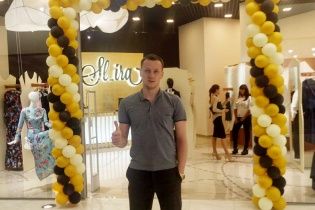 The national anti-corruption Bureau, which is investigating the involvement of the businessman from Kharkov Vladimir Litvin to the acts of corruption committed during the purchase of backpacks for the interior Ministry, itself bought tracksuits.

This is evidenced by the public procurement Prozorro, writes “Ukrainian truth”.

NABU wanted to buy 42 sets sports suits for a total amount of UAH 273 thousand (by 6,5 thousand UAH each). The auction was attended by three entrepreneurs. Won Lytvyn, who offered the lowest price – 170 thousand UAH 449 86 kopecks.

According to released information, the purchase took place, when Lytvyn has already passed in the “case of the backpacks”. According to tender documents, the agreement was signed April 10. The validity of this contract has started to operate since April 10, 2017 and will end on 31 December this year.

Kharkov Vladimir Litvin in 2014 was the head of the IT company Turboseo. According to media reports, his phone number was used by the company “Dniprofan” while purchasing backpacks for 2014-2015 for the interior Ministry.

We will remind, “business of the backpacks” NABOO is investigating for more than two years. October 31 this year, the NEB had searched the apartment of the son of the interior Minister Arsen Avakov Alexander. The Bureau emphasized that the actions are within the business to ensure in 2014-2015, the Ministry of interior backpacks.

Monday evening, 31 October, NAB announced suspicions Avakov Jr. and former Deputy Minister of internal Affairs Sergey Chebotar. They are suspected in embezzlement of 14 million UAH. The third defendant is the head of the PCS-the company Turboseo Volodymyr Lytvyn from Kharkov.

The evening and night of 1-2 November, all three, the court chose the measure of restraint and release under personal obligations. Ordered not to leave the city of residence, to inform the investigation and court to change their place of residence or registration, to be to the investigator for questioning, to surrender all passports, refrain from communicating with witnesses.