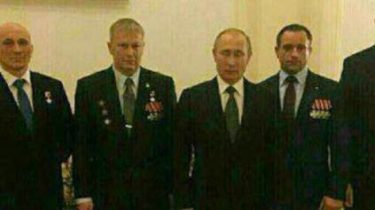 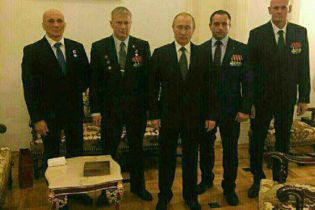 The security service of Ukraine has identified 150 militants “Private military company Wagner”, which is at war on Donbass on the side of Russia. Data about them will give European institutions for the introduction of personal sanctions, said in the story TSN.19:30.

After data transmission, the Ukraine is waiting for the reaction, in particular from the OSCE. Meanwhile, the US has imposed personal sanctions against sponsors, “Wagner”, the same action can be done and the EU. The suspicion against the leaders of the gangs have already formed and transferred to the Prosecutor, but the ordinary criminals on the international wanted list is not yet announced, even though they are the defendants in various criminal proceedings.

Videosby identified 150 militants PPK “Wagner”, which is at war on Donbass on the party of the Russian Federation

“Wagner” is the nickname of the Colonel of Russian army of Dmitry Utkin. He stands at the head created in 2013 structure that even the Russian media proudly called “private army“. Utkin is in the Kremlin, and his aide Andrew Troshev awarded the star of hero of the Russian Federation. The SBU has released another list of the members of the group who lit up the Donbass. Ukrainian security officials also collected data on how the recruitment of new gang members “Wagner.” “This is the colony where he is serving a punishment. Getting people who have military training, with a criminal past. We are talking about serious crimes,” – said the head of the office of the Chairman of the SBU Igor Guskov.

Bandits “Wagner” noticed in 2015 near debaltseve, where they had at their disposal tanks. Even earlier these fighters were involved in the fighting over the airport in Lugansk, and were directly related to the downed aircraft Il-76 with fifty Ukrainian paratroopers on Board. “Indeed, the security Service of Ukraine knows the names and surnames of all persons who gave the order, press the trigger of anti-missile system and then reported the Downing of another Ukrainian aircraft”, – said the Deputy Minister of information policy Dmitry Zolotukhin. “Vagnerova” terrorist Grkn ascribes part in the squabbles and infighting among the militants, in particular the elimination of the terrorist by nickname “Batman”. And lately there is a lot of evidence about the participation of militants from this organization in the armed conflict in Syria.