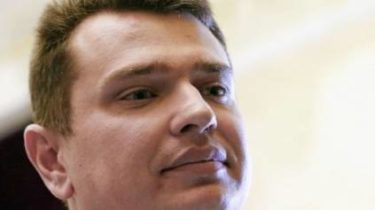 NABU confirmed the purchase of sports suits 4,87 thousand UAH each for a total of 204,5 thousand UAH. Bureau personnel the company of Volodymyr Lytvyn, the suspect in the “backpacks”.

This was stated by Director of the NABU Artem Sytnik, reports Еспресо.TV.

According to Sytnik, for the purchase of costumes Litvin took place not as a physical person-entrepreneur, and as a representative of the company “Dnipryany”.

“Indeed, the physical person entrepreneur Litvin participated in the purchase of those things that you said. But in this case it is not like PE, but as a representative of the company “Dnipryany” he said.

Sytnik added that Lytvyn was offered a below market price, and the property was of good quality.

“These purchases he was offered a price even below the market. Legal grounds to refuse this purchase was not. The quality of the goods checked on the scene,” – said Sytnik.

NABOO bought tracksuits to the participants of the “case of the backpacks” with Avakov Jr.

October 31 NABOO declared suspicion Avakov Jr. and Chebotar. They are suspected in embezzlement of 14 million UAH for the purchase of backpacks for the needs of the Ministry of internal Affairs of Ukraine.. the Third defendant in the case, which is delivered from Kharkov to Kiev, – the head of an it company Turboseo Volodymyr Lytvyn.