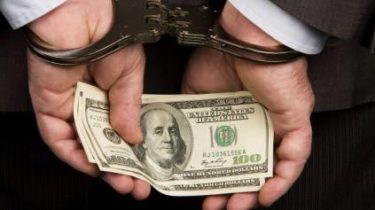 Because of corruption, Ukraine annually loses growth of the economy by 2%.

This was stated by the representative of the International monetary Fund in Ukraine Jost Longman on the forum in Kiev, reports UNIAN.

“According to our estimates, corruption in Ukraine annually leads to the loss of about 2% economic growth”, – said Longman.

The Bank also predicts that the next tranche of IMF loan received in the first quarter of 2018. In General, next year expect to receive from the Fund $ 3.5 billion from the world Bank for another $ 500 million.

The IMF have four main requirements for Ukraine to highlight the next tranche of the loan – the adoption of new laws on privatization, anti-corruption court, the land reform (lifting the moratorium on sale of agricultural land), the settlement formula of increase of tariffs for gas for the population.