In “Antonov” commented on the information on cooperation with Russian company 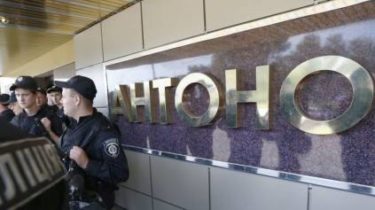 State enterprise “Antonov” notes that is a developer of aviation engineering and a holder of the type certificates of Antonov aircraft, particularly transport aircraft An−124−100 “Ruslan”.

This is stated in the message of the SIP.

The company stressed that the increase in resources of this aircraft – the prerogative of GP “Antonov”.

“Failure to fulfill their duties to maintain civilian aircraft grade “An” will result in a loss of developer licenses, permits for air travel and loss of markets”, – noted in the company.

In the Parliament will block the resumption of cooperation, “Antonov” with the Russians

“It is with a view to meeting their obligations, by interagency agreement with authorized ministries and departments of Ukraine, in accordance with a letter of explanation Goseksportkontrol of Ukraine on a contractual basis specialists of Antonov company will perform work on the assessment of the technical condition of the aircraft An−124−100 “Ruslan”, LLC “Airline “Volga−Dnepr”, which is not included in the list of companies that according to the NSDC decision to apply sanctions”, – said the “Antonov”.

The aircraft has a Certificate of registration of civil aircraft and can be used only to meet the needs of citizens and economy.

It is noted that “Antonov” as a developer of aircraft is valid according to the current legislation of Ukraine and international aviation regulations.

We will remind, “Antonov” and the Russian cargo airline “Volga-Dnepr” are closed negotiations on the renewal of airworthiness of the aircraft An-124–100 “Ruslan”. About it writes the edition “Kommersant”, citing sources in the Russian aviation industry.

“In reaching agreement both parties are interested, but the final decision is still pending through the complex relationship between the two countries, says one of the interlocutors. — While there is an understanding about the cost of services and place of work: brigade of the Ukrainian enterprise will take care of them at the plant “Aviastar-SP” in Ulyanovsk”