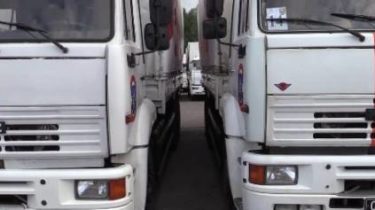 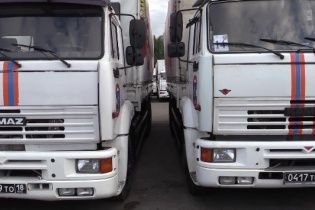 Recently, Russia opened on the territory of Ukraine another convoy of trucks with unknown contents, that is strong evidence of Moscow’s involvement in the conflict in the Donbass.

This was stated by Ambassador extraordinary and Plenipotentiary of the United States at the Organization Harry Kamian, writes UKRINFORM.

“Strong evidence of Russia’s participation in the conflict continue to take place. On 26 October, the convoy of 17 trucks crossed an internationally recognised Russian-Ukrainian border into Ukraine, without proper oversight or inspection by the Ukrainian authorities. These convoys continue to openly violate the sovereignty and territorial integrity of Ukraine”, – said the representative of the United States.

According to him, the Russian campaign aimed at blocking access for the observation of SMM prior to the Russian-Ukrainian border does not allow the Mission to fulfil its mandate.

The American diplomat stressed that after the introduction of the so-called “school truce” the ceasefire regime is violated ruthlessly. So, on October 27 in fighting near Donetsk killed 25-year-old civilian.

Earlier, the Russian Agency RBC with reference to sources in the government of the Russian Federation announced the intention of the Kremlin to abandon the “humanitarian support to individual territories” in favor of financing projects in the Crimea and Kaliningrad. Under the “separate territories” refers to the Donbass, say the sources. However, sources in the state Duma and the government emphasize that, even if the government decided to stop spending on “humanitarian support” to the Donbas, this does not mean that financial support for the breakaway republics will cease.