“The Marshall plan”: it became known that the ambassadors of the USA and EU countries will hear plan for large-scale bailout Ukraine 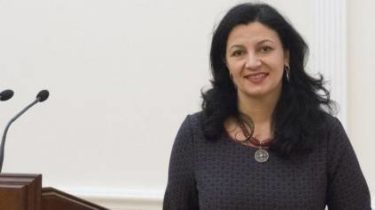 For 6 November in the Lithuanian Seimas, ambassadors from the US, Canada, Japan and EU countries will hear the so-called “Marshall plan” for Ukraine – a plan of financial assistance initiated by Lithuania.

“Of course, the fact that Lithuania because of their efforts and for the very careful preparation of the European plan for Ukraine, the so-called “Marshall Plan” she prepared the soil in order to be able to present and to be heard by other members of the European Union is extremely important. However, we must understand that this is just the beginning for this plan has received a real support from all the partners who have joined the investment plan of 5 billion dollars or euros annually on investments to Ukraine”, – explained Vice-the Prime Minister.

“Marshall plan for Ukraine”: Kubiv and Kubilius revealed at least some details

She said if the plan is implemented, Ukraine’s GDP could grow annually by 6-8%.

Klympush-Tsintsadze also explained that the plan finally received more concrete the outlines of the structure, with the understanding of the mechanisms that were supposed to be based on understanding those players who would have had to be involved to ensure that the plan could become a reality.

We will remind that earlier the European Commissioner Johannes Hahn received the draft financial assistance.

However, Gan was not clearly predict whether approved this document, and were skeptical about the need for his approval.

“Now everyone and everywhere talk about the “Marshall plan”, we can say that there is “inflation Marshall plan” – has plans for Africa, to Ukraine, to somebody else,” said he. In the opinion of the Commissioner, the Commission has the necessary tools for supporting Ukraine and assured that the money will be allocated solely to the requirements of the reform.