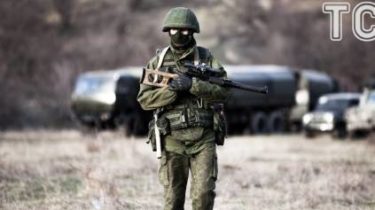 Units of regular Russian troops of the RF deployed in Snizhne, Donetsk and Lugansk.

UN peacekeepers in the Donbas: what is a hidden benefit of Russia and then waits for Ukraine

In addition, according to Zhebrivsky, a lot of the Donbass Russian mercenaries from various groups.

“Now on the front line, and even in military units: in fact the company is direct or from regular Russian troops, or “Advisor” as once in Vietnam, in Afghanistan, actually manages it. And, of course, that a lot of mercenaries, who are from Russia – not only the “PMC Wagner” is more prepared – but there is “meat”, sorry for this word, who comes for the money. But fewer so-called “ideological”, which is there for the “Russian world”, – he added.

We will remind, earlier the chief military Prosecutor of Ukraine Anatoliy Matios said that the Donbas is now as much Russian forcesequal to the forces of almost all European countries-members of NATO.

Matios also listed the weapons that are now used in the occupied territories, and called his number:

“Tanks – 650, armoured combat vehicles – 1310 PCs, artillery of various calibers (including heavy forbidden by the Minsk agreements) – nearly 500 guns, rocket systems of volley fire – nearly 260 units, anti-aircraft missile complexes up to 100 units,” – said he, stressing that all these weapons are Russian.