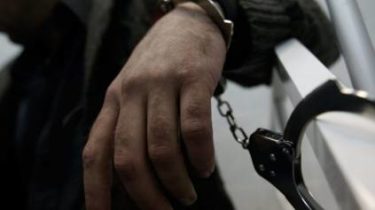 At the checkpoint near Volnovakha detained the assistant on duty of the commandant of “DNR”.

54-year-old resident Makeyevka six months working for the militants and received from them a salary, but decided to draw a pension from the Ukrainian government. During a visit to Volnovakha at cash security grabbed.

At the checkpoint in Mariupol detained the informant of terrorists

In August 2014 came to the military command of terrorists. There he was appointed assistant on duty of the commandant.

His job was to take calls from residents and to send patrols to the specified address. Military “DNR”, in turn, delivered the “guilty” to the office. For her work with the money he had received, only food packages that provided for his family.

In February 2015, the accomplice of militants resigned from the commandant’s office because their unit had started to translate in the so-called Cossacks. Later he checked in Volnovakha as a displaced person and was planning to get a Ukrainian pension.

We will remind, on Donbass just at the checkpoint detained “the chief of the Cossack “DNR”. Just while checking the control checkpoint of the man who, according to his documents, leads a regiment of Cossacks, was detained. “Ataman”, which aroused the suspicion of the police, has stated that he goes to visit his friends in Berdyansk.

It turned out that a local resident of Makeyevka has an official identity “chieftain “DNR” and permit for the storage of Cossack weapons (swords, dagger and whips).