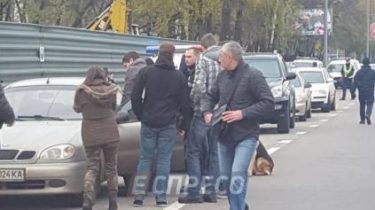 On the Metropolitan highway at the roadside, passers-by discovered a car in which was the corpse of the man.

This is reported by the Guards.Espresso.

According to preliminary information, the man died a violent death.

In the pond in Vinnytsia found three bodies

We will remind, in one of the houses on the street Polar in Kiev found a body of men associated with signs of severe beating. At about 23:00 to the law enforcement officers asked the woman who reported that within 4 days can not get in touch with her ex-husband.

Subsequently, the body of a man found at his place of residence.