The network exploded with an 82-year-old grandfather in Kiev, which sells honey from the trunk of “Tesla” 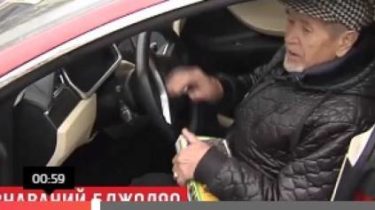 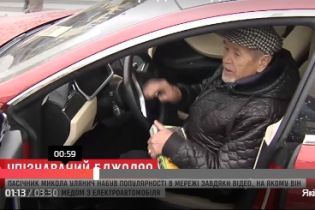 In Youtube posted videos as grandpa pulls out jars of honey from the trunk of the electric car “Tesla”. This video has gained more than 140 thousand views and thousands of spreads and prepublicity. Beekeeper Nikolay Ulyanich instantly became famous. However, in professional circles it has long been a well-known personality. About this Leticia in the story TSN.19.30.

Nicholas is a fan of Elon musk, who inspired the company to create a “Tesla”. The price of the car starts at fifty thousand dollars. Mr. Nicholas said that he bought it in America cheaper by selling the previous car, but still pays his debts. Now, when more than 140 thousand people watched the video, to Nikolai Vasilievich are not only for honey but also for the autograph.

In the Network appeared the photo of the truck Tesla

The unexpected popularity of Mr. Nicholas actively use. Academician, author of dozens of books and five inventions in beekeeping, it promotes a healthy lifestyle. He did exercise on Sundays do not miss the bath. His 82 works actively says all because of the constant movement and proper nutrition.

Mr Fyodorov said that the longest line at the fair for sweets and sausage – sugar and fats, he said, will shorten the life of the Ukrainians. Nikolai himself did not drink sugar. Replaced it with honey. He gathered in his books more than 2 million recipes from around the world to live longer and stay active.

The Tesla factory in Ukraine: the Ministry of Infrastructure has begun negotiations for the production of electric cars

Nicholas to his usual fitness loads in the last year I added yoga and is glad that at 82 he feels 20 years younger. And to his sudden popularity is with humor, they say, no matter how many discoveries did not, and became recognizable due to random videos.