A gas explosion in Kiev: the daughter of the owner of the apartment tried to commit suicide 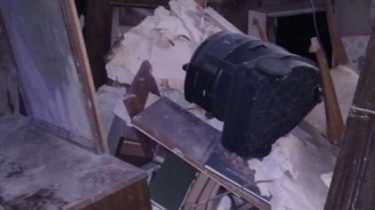 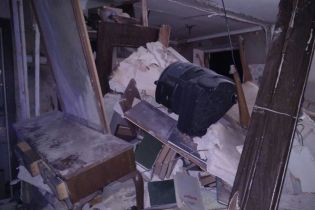 The cause of the explosion in 9-etazhke, which occurred on Sunday, November 5, evening in Solomenskiy district of Kiev, was the suicide attempt of the daughter of the owner of the apartment, says TSN.12:00.

Burners deliberately opened a 52-year-old woman who was thus decided to kill herself. After the explosion in the apartment rescuers found the body of the deceased pensioner and another woman, still alive, her daughter. As it turned out, 81-year-old grandmother died a few days before.

Videostrip in Kiev: a woman blowing a gas into the apartment to commit suicide

Her daughter when he visited the house and saw the body of his mother, decided to lay hands on themselves – opened the kitchen 2 gas burners.

“Daughter is in a serious condition hospitalized in the burn unit,” according to chrezvychainyi.

According to doctors, the woman is registered at the mental hospital. The blast not only destroyed the window, but also knocked down a concrete wall.

As of 12 am Monday, November 6, the residents already returned to their apartments. Were damaged, according to preliminary data, only the 9th floor, where the explosion occurred. Pre-chrezvychainyi say that the reason for evacuation no. Now the house is off the gas, the emergency services assess the damaged pipe.