After hitting “Hail” fighters had reduced the intensity of the attacks. Chronicle of the ATO 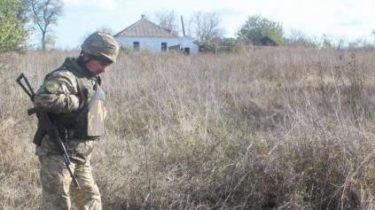 “Compared with bygone days, since midnight, in the area of the ATO the number of attacks on our base stations by militants have decreased slightly. At the same time, the enemy is completely stopped to use the forbidden arms. Since the beginning of the day illegal armed groups five times violated the silence regime. Ukrainian soldiers three times by fire from infantry weapons forced the enemy to peace. The fighting casualties among our military aren’t present”, – stated in the press center of staff ATO.

In particular, nand the Luhansk direction the militants fired 82-millimeter mortars on Ukrainian military near the Crimean. And from APCS – on the outskirts of Lugansk. In addition, under fire of rocket-propelled grenades hit the fortifications of the ATO forces near Travneve.

In the seaside area of the Pro-Russian mercenaries around noon, fired at the Ukrainian positions from heavy machine guns near the Water.

Near Donetsk in the sky soared an ammunition dump with militants

We will remind, on Sunday, November 5, militants have used reactive multiple rocket launchers “Grad”. And in the village of Sands, the militants fired at military medics and destroyed the ambulance.