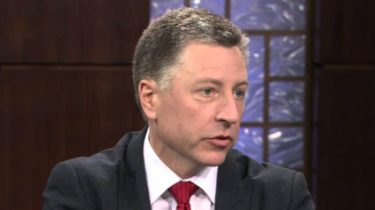 The special representative of the United States Ukraine Kurt Volker believes that Russia has two options for further action in the Donbas.

According to Volcker, the Russians can afford in the long term yet another frozen conflict, reports Voice of America.

“Russia has two options in the Donbas. If they want to create a frozen conflict in Abkhazia, South Ossetia, Transnistria, it will be worth much. However, if you want, they will do so despite large spending,” he said at a briefing at the State Department.

How to end the war in Eastern Ukraine

The second scenario, according to Volcker.

“The alternative is when Russia withdraws its forces and will contribute to the deployment of UN peacekeepers that will bring peace to the world and will make progress in the framework of the Minsk process,” he said.

In turn, Walker rejected the possibility of transforming the situation on the protracted conflict.

“The international community doesn’t want another Cyprus. Don’t know how many years already has peacekeepers in Cyprus. I don’t think it wants and Ukraine. She wants to regain sovereignty on its own territory and has incentives for the realization of the Minsk agreements”, – said the representative of the USA to Ukraine.

Earlier, Walker said that the Russian Federation fully control the situation in the occupied part of the Ukrainian Donbass. Commenting on the idea of placing peacekeepers in the occupied part of Donbass, the special representative reiterated the US position about the necessity of placing them in “throughout the problem area to be effective”, and not only on the demarcation line, as Russia insists.