At the Zaporizhzhya NPP after the repair connected, the third unit to the network 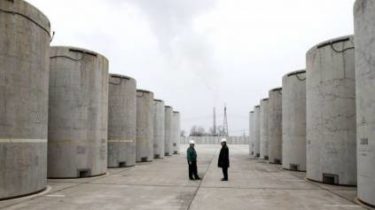 The third unit of Zaporizhzhya NPP was connected to the grid after planned maintenance. Now is a set of power, according to the website of “Energoatom”.

“6 November 2017 at 08:16, after 264 days average comprehensive repair, during which met all the agreed measures to extend the life and increase the level of security, power unit No. 3 of Zaporizhia nuclear power plant connected to the grid. Conducted a set of power”, – stated in the message .

Now at the Zaporizhzhya NPP in the work of the five units, the first unit is in planned repair.

Zaporizhzhya NPP – the largest energy facility in Ukraine and Europe with an installed capacity of 6,000 MW.

Earlier it was reported that in Lviv region before the end of 2017 , you should see two wind farms, three solar power plants, as well as at least one hydroelectric power plant.

The press service of the company “Energoatom”