Russian “Sberbank” refused collecting with “uz” half a billion hryvnia 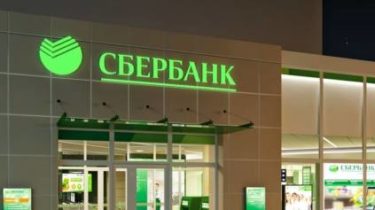 Kyiv economic court of appeal refused to recover from “Ukrzaliznytsya” 1.5 billion in favor of PJSC “Sberbank”.

“Today, the court of appeal, which agreed with the arguments of the prosecutors office, the appeal of the Bank is dismissed and the decision of Economic court without changes”, – stated in the message.

The court invalidated the transfer of “Ukrainian Railways”, the Ministry of economic development

It is also noted that “savings” addressed in Economic court of Kiev with the claim about collecting of the specified means of “Ukrzaliznytsya” as the debt on the loan agreement concluded between the Bank and the state enterprise “Donetsk railway” in 2011.

In turn, in connection with the presence of SE “Donetsk railway” in the breaking state, the Bank wrongly decided to recover the debt from PJSC “Ukrzaliznytsia”.

Earlier, it entered into force the court verdict, according to which more than UAH 20 million was charged to the state budget. The funds were confiscated in the investigation of the National anticorruption Bureau of Ukraine of cases on the facts of abuse of official persons of State administration of railway transport of Ukraine (now PJSC “Ukrzaliznytsia”), which began in March 2016.

The press service of the Prosecutor of Kyiv region