“Every loss hurts us”: Poroshenko approved Kolgomorov release from custody 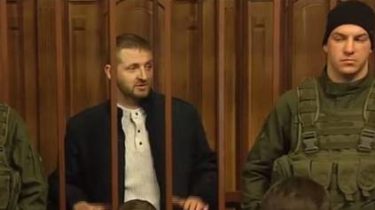 The President of Ukraine Petro Poroshenko responded to the court’s decision in respect of the frontier guard Sergey Kolgomorov.

13 years in prison for the protection checkpoint. Who the Kolmogorov and why is it “buzzing” Facebook

“As Commander in chief was sick and ill for the fate of Sergey Kolmogorov. It is good that the court decided on the revision of its business with all her difficult circumstances,” wrote the President

He also added that the need to protect his defenders.

“War is a harsh time, and we started it, and every loss hurts us. And as the Fatherland needs to take under the protection of their defenders,” – said Poroshenko.

PP: As the Commander in chief was sick and ill for the fate of Sergey Kolmogorov. It is good that the court decided on…

Published by Petro Poroshenko on 6 November 2017.

Earlier it was reported that border guard Sergey Kolmogorov, the trial of which was held today, November 6, in the capital, released. In particular, in the morning in the High court started the trial of border guard Sergey Kolmogorov, sentenced to 13 years in prison for killing a man the post in 2014. The court believed that the accused intentionally shot with a machine gun the car on the outskirts of Mariupol, during which killed 30-year-old woman. The Kolmogorov sterjova that carried out the orders of his superiors to stop a suspicious car, which did not respond to the demands of law enforcement.