Paradise Papers: the representative of Poroshenko in the Verkhovna Rada, commented on the scandalous documents 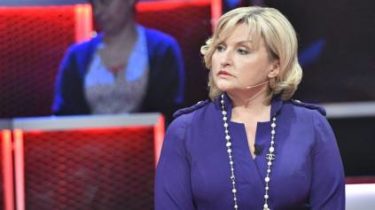 International holding structure, which appears in so-called Paradise Papers, established for the sale of the company President and for the avoidance of double taxation. About this at the conciliation Council said the President’s representative in the Verkhovna Rada Iryna Lutsenko.

Additionally, the President’s representative stressed that the allegations of foreign exchange transactions are baseless.

“The company is an international holding structure, with the transfer of the company “Roshen” in a blind trust did not have Bank accounts. Any allegations of violations of the currency legislation, or enumeration of any cash from Ukraine in the creation of this structure is baseless speculation,” – said the MP.

In turn, the law firm Avellum also made a statement regarding a published investigation and accused journalists of distorting facts, particularly in part on the transfer of cash outside Ukraine.

“We also wanted to emphasize that the denial of the law firm Appleby from participation in the project was associated with the aggression of Russian Federation against Ukraine and the willingness of the President of Ukraine to give a harsh response to illegal actions of military units of the Russian Federation. This decision, made by the firm of Appleby, cannot be regarded as evidence of reservations about the transaction as such,” – said in a statement.

Recall that more than 120 of the world’s policy makers from more than fifty countries were in a new international scandal due to different business contacts involved in offshore accounts and tax loopholes. “Lit up” there and stars of show-business, sportsmen, entrepreneurs and large companies. Details read in a material on TSN.ia.

Videosmy, has unveiled the names of the richest people in the world who have offshore accounts