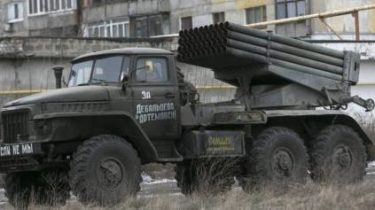 Pro-Russian mercenaries almost simultaneously opened fire on the houses and Opitonal. At the plant had 137 rockets, pilot – 110.

Posted by the Press center of staff ATO 5 Listopad 2017 R.

“Cynically violating the Minsk agreement, illegal armed groups of certain regions of Donetsk region, once again endanger the lives of civilians. Thereby demonstrating that health, and most importantly, the life of the civilian population, the elderly and children, who at the weekend was walking on the street and engaged in daily Affairs, does not have any value”, – stated in the headquarters of the ATO.

About victims and destructions as a result of attacks is not reported.