Representatives of Poroshenko wanted to create an offshore company in the Isle of man, but they were denied – an investigation 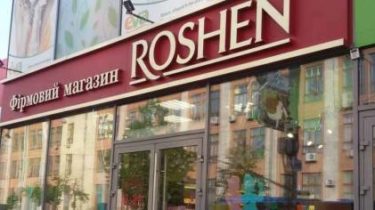 Lawyers of the Ukrainian company “markets”, which represents the interests of the President of Petro Poroshenko, addressed to the company Appleby in the Isle of man for assistance in establishing an offshore company. But representatives of the Ukrainian President refused.

It follows from documents of “the Paradise Papers” (“documents from the Paradise Islands”) is a new global investigative journalism, reports “Classtwo.Nfo”.

In June 2014, immediately after the inauguration of Poroshenko, lawyers “Outstanding” Appleby wrote in the following letter:

“It is extremely delicate. The client’s name is Petro Poroshenko. We are working on restructuring its confectionery business (Roshen). To gain access to international markets, we are going to build a new holding company of the group in Luxembourg. Underneath is the Dutch sub-holding company, which will have all the operating companies. For tax purposes over the Luxembourg company is a Cypriot firm. It will have an offshore company – we prefer the BVI, but the Isle of man also can come … she will own the shares and to receive dividends. The sale of shares at some point is possible (if the investor will offer a good price) “.

But the company’s lawyers with the Isle of man decided that the cooperation with the Corporation Poroshenko will be risky for them, so refused to representatives of the Ukrainian President.

In “the Paradise Papers” there is correspondence between the managers Appleby relative to Poroshenko.

“Today’s headlines “President of Ukraine Petro Poroshenko has promised to take revenge on Pro-Russian separatists who shot down the plane with 49 military” you can immediately see reputational risks from working with it, because who knows what will be the revenge… In my opinion, it’s not worth it to risk”

“Denise, you can put that in our log for rejected cases?”

After that, the lawyers representing the interests of Poroshenko, decided to appeal for help in establishing an offshore company in Panama firm Mossack Fonseca. She helped to create a scheduled structure, and then became the object of loud offshore scandal.

The journalists who participated in the investigation, I believe that members of Poroshenko wanted to create an offshore company for tax optimization and to transfer Roshen in blind trust as promised the Ukrainian President.

“New documents “Classtwo.Nfo” received as a partner of the international network of journalists, cast doubt on the President’s words. Apparently, an offshore company created just to avoid taxes in the event of a sale or receive any income”, – stated in the investigation.

According to journalists, Ukrainian “Roshen” continues to hold a Dutch company, and he Poroshenko insists that it is necessary to transfer to the Corporation in a blind trust.

Offshore fever. As the world reacted to the controversial publication “the Panama archive”

Commenting on the above letter from the representative of Poroshenko to the company in the Isle of man, a Kiev lawyer Bogdan Borovyk believes that there was not a question of trust.

“From this letter it does not follow that the aim or some kind of option that should have been considered when building this structure was a trust. That is, the word trust does not appear at all here. (…) Do you need the entire structure in order to transfer the management in a blind trust? In my opinion, there is no need. She need, most likely, if you plan to sell. That is, to optimize sales revenues. For the trust to build all these three companies I don’t see the need”.
Bogdan Borovyk, lawyer

The journalists asked the presidential Administration to comment on the information received, but they were advised to contact the firm “Avellum”. In response, the company has avoided specific questions about correspondence with the Isle of man. However, they insist that structured “Roshen” so that all taxes were paid in Ukraine:

“If, for example, when transferring funds from the sale of Roshen Corporation tax has been paid in Luxembourg, this would lead to double taxation of the income, reducing the amount of tax payable in Ukraine and, consequently, the possibility to transfer to Ukraine, only a portion of the proceeds (after deduction of taxes in Luxembourg). This situation would contradict not only the interests of the client, but also the national interests of Ukraine, taking into account budget losses and other negative consequences.”