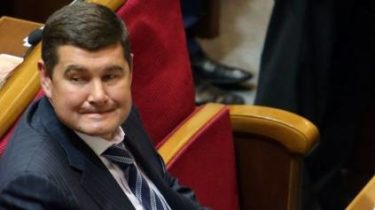 The people’s Deputy, the fugitive Alexander Onishchenko, who is hiding from law enforcement bodies of Ukrainedenies the information that he prepares for German citizenship.

This Alexander Onishchenko said on his page in Facebook.

The news of the registration of their citizenship German MP calls fake and reports, filed documents to obtain a work visa, which is required for doing business in the country. At the same time, he confirmed that the mayor of the village Herzlake Hans Becken wrote a letter of recommendation to the government for it. According to Onishchenko, sent a letter applies only to visa requirements. Thus, according to controversial MP, he wants to deprive the Ukrainian citizenship.

Business Onishchenko: the court of Appeal in Lviv region overturned the arrest of key figures

We will remind, earlier edition Doutsche Welle reported that the mayor of the village Herzlake said that it petitioned for citizenship for Alexander Onischenko. About the problems of the Deputy of the fugitive he had heard, however, “does not undertake to evaluate them,” said the head of the village. Ukrainian promised him I would invest in the organization to Herzlake of equestrian competitions, – said the mayor. The Deputy owns a house and stables in the village.