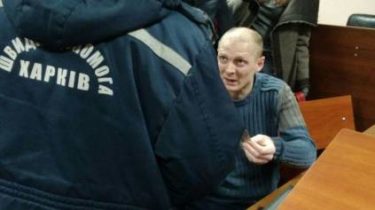 Today, November 6, Kyiv district court of Kharkiv admitted involved in the riots in the city in April 2014, four people.

So, Sergey Yudaev found guilty of involvement in the seizure of the Kharkiv regional state administration and disorderly conduct in the edition of the Kharkov TV company “ATN”. He was appointed 8 years of imprisonment in jail, but immediately released under an Amnesty. The decision was announced during a meeting of the judge Svetlana Shmatchenko. Given the “law Savchenko”, arrested in April 2014 Sergey Yudaev was detained for 6 years, 10 months and 10 days, respectively, it can be applied article 4 of the law on Amnesty.

The high Council of justice allowed arrest of the judge, who rewrote the apartment displaced on militants

Three other suspects: Sergey Gaponov, Oleg Krutov and Denis Levchenko, who were accused of rioting during the seizure of the Kharkiv regional state administration was also guilty. He elected a measure of restraint – 5 years imprisonment, however, they are exempt from punishment with a trial period three years.

At the same time, none of the suspects pleaded not guilty. Sentences have not entered into force and may be appealed. It is also known that during a court session several times received information about mining of the building. The second time the message on a mining arrived during sentencing.

Recall that on 6 April 2014 in the Eastern regions of Ukraine, a wave of assaults of administrative buildings. In particular, the separatists seized the regional state administration in Donetsk and Kharkiv, and in Luhansk stormed the SBU. And during the riots in Kharkov Sergey Yudaev acted as one of the founders of the organization “Defenders of Kharkov”, which during the press-conference declared “Kharkiv Republic”.