Russia reduces funding “DNR” in Donetsk to stop the plant, employees of the social sphere will reduce 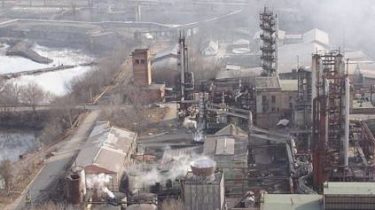 Due to the reduction of funding from the Russian Federation “the Ministry of labour and social policy of DNR” decided to reduce from 1 January 2018, the number of social workers.

It is reported by the MP and the coordinator of group “Information resistance” Dmitry Tymchuk in Facebook.

Takozh Tymchuk reported that since the beginning of November observed the actual termination of the production process at OJSC “Donetsk metallurgical plant”.

“The reason for the termination of the allocation of funds by the management company, OOO “Vneshtorgservis”. For these funds purchased fuel and lubricants, raw materials, equipment and other necessary means of production”, – Tymchuk added.

Earlier it was reported that in the occupied territory of the Luhansk region representatives of the special services of Russia for carrying out “purges” in the administrative structures of the “LPR”.