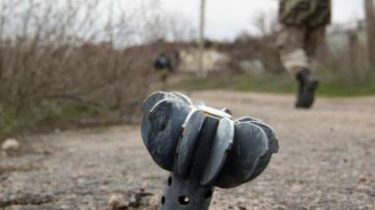 In Donetsk, at the school stadium explosion, killing a child.

This was announced on his page in Facebook, the representative of the charitable organization “SOS Children’s villages” in Ukraine Daria Kasyanov.

“In the Petrovsky district at the stadium, the children found an unexploded shell, threw a stone at him. 10-year-old child were killed and two were injured,” she wrote.

In Donetsk shoot much. In the Petrovsky district at the stadium, the children found the unexploded shell, threw a stone at him. 10-year-old child was killed and two were injured

Published by Daria Kasyanov on 5 November 2017.

In turn, rescuers said, adding that all three children – pupils of school № 105, and the tragedy occurred at the stadium school No. 110. Lost boy the other day was supposed to be 10 years old.

“Two with serious injuries was sent to children’s hospital. The state of children who suffered as a result of the detonation of ordnance, heavy,” – said the rescuers.

Recall that in late October in the center of Donetsk, an explosion occurred at the entrance five-storey residential building. According to the preliminary version, the explosion occurred due to gas leakage. Injured five people, among them two children aged 4 and 8 years. Subsequently, one of the victims died from injuries in hospital.