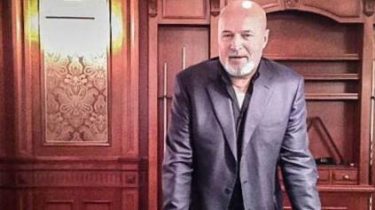 Ex-ally deprived the title of President of Ukraine Viktor Yanukovych Anton Prigodsky, who was called the “gray cardinal” of the Party of regions, via offshore has ordered a 37-foot yacht worth over 13 million euros.

This should be from the documents of “the Paradise Papers” (“documents from the Paradise Islands”) is a new global investigative journalism, reports Hromadske.

Released documents show that Prigodsky in 2013 he founded “TUC limited” in Malta. Next year its accounts appeared more than 5.5 million euros.

“The Paradise Papers”: the representative of the administration trump has business ties with Putin’s entourage

Later this Maltese company has ordered a 37-foot yacht Santa Maria T. Journalists appealed to the shipbuilding company in the Netherlands as customers from Ukraine and learned that the estimated cost of the yacht is 13.2 million Euro without value added tax.

According to European laws, so the ship was able to walk on the waters of the European Union, the owner must pay value added tax in the EU. For yacht Santa Maria T – it’s about 30% of the cost. That is why the yacht was commissioned through the Malta firm is actually offshore, they give the opportunity not to pay VAT in the EU.