“The Paradise Papers”: the representative of the administration trump has business ties with Putin’s entourage 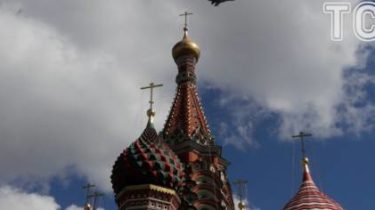 Commercial U.S. Secretary Wilbur Ross, the magnate in the sphere of private capital, has business links with representatives from the environment of Russian President Vladimir Putin.

This is stated in “the Paradise Papers” (“documents from the Paradise Islands” – ed), which were published by the International consortium of investigative journalism, writes The New York Times.

“One offshore site lead to commercial Secretary of the trump, the tycoon’s private capital Vlora Ross, who has a stake in the shipping company, which received over 68 million dollars of income from 2014 from the Russian energy company owned by the son-in-law of Russian President Vladimir Putin,” he told reporters.

In particular, we are talking about Navigator Holdings, which participates in the transportation of oil and gas for the Russian power company “SIBUR” which shareholder is the son of Putin, Kirill Shamalov.

Meanwhile, the shareholders of the company SIBUR, for example, the Russian billionaire Gennady Timchenko, are under U.S. sanctions.

Note that “SIBUR” – the main customer of the company Navigator Holdings, which is paid in 2016, more than 23 million dollars.

Recall that in “the Paradise Papers” (“documents from the Paradise Islands” – ed), which was published by the international consortium of investigative journalism, also stated that the investor Facebook and Twitter, the DST Global Fund, had financial ties to two state-owned companies.

“VTB Bank, which is owned by the Kremlin, quietly transferred $ 191 million in the investment Fund DST Global, which used the money to purchase a large stake in Twitter in 2011”, – is spoken in documents of investigative journalists.