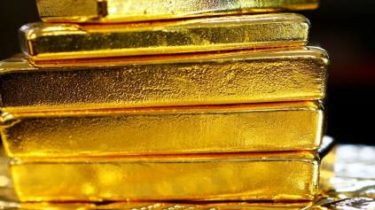 In October international reserves of the National Bank of Ukraine increased by $ 98 million (4%) – up to 18 billion 735,8 million dollars

“Reserves for the third month in a row updates the maximum with the beginning of 2014. Today reserves by 21% exceeds the level of the beginning of the current year. As of 1 November, the volume of international reserves cover of 3.7 months of future imports is sufficient to meet the liabilities and current operations of the government and the National Bank”, – noted in the NBU.

The regulator said that the increase in reserves during October contributed to:

– revenues in favor of the government in the amount of $ 185.3 million, including $ 170,3 million from the placement of internal government bonds denominated in foreign currency;

– income from swap operations with the designated Bank in the domestic market in the amount of $ 100 million.

At the same time to maintain the stability of the hryvnia on the interbank market, the NBU has sold from the international reserves of 181,2 million dollars, and bought 34 million UAH. That is, the net sales amounted to 147.2 million dollars.

Earlier, the NBU published its economic forecasts, according to which foreign exchange reserves should increase to 22.2 billion dollars at the end of 2018. But in 2019 reserves “lose weight” to 21.1 billion, as would have to repay the loans.