In Kiev detained “gentlemen of fortune”, which attacked the trade school in Obolon 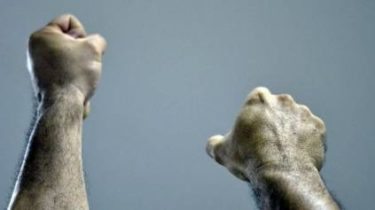 In the Obolon district of Kiev the squad of police protection in the city of Kiev detained the armed intruders, who almost terrorized a small shopping district sudden attacks.

They demanded to give money from the cash register, reports the press service of Police protection.

It is noted that the police staged the RAID on the streets of the district with these attackers, but he did not give results.

“I would mourn silently.” The people’s Deputy Lyashko has admitted that his son had done something serious

In turn, the evening of 27 November, “gentlemen of fortune” decided that to try your luck again. The incident occurred in a café-shop in rokossovski Avenue.

“As soon as armed attackers broke into the premises and demanded money, an employee of the institution was not taken aback and immediately pressed the button “Emergency call police”. After a moment appeared in the doorway of the armed men of the police guard,” – stated in the message.

At the scene arrived investigative team of the Obolonsky regional Department took the detainees to the police Department. Now investigative actions are conducted, the issue concerning the opening of criminal proceedings.

We will remind, in Kiev, arrested a 14-year-old son of people’s Deputy from “Radical party” of Oleh Liashko Ihor Popovwho tried to Rob a grocery store. The attack took place in the Obolon district. Two men in balaclavas ran into the room and robbed the store “Holiday”.

The police, national guard of Ukraine