“Diversion of the SBU and Prosecutor General’s office”. NABOO has officially commented on the arrest of detective 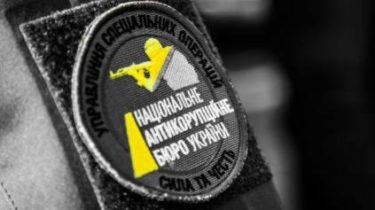 This is stated in the message of NABOO.

“November 29, while documenting one of the episodes with the participation of the first Deputy Chairman of the State migration service of Ukraine (hereinafter – GMS), field investigators of SBU under the guidance of the prosecutors, the GPU was illegally detained National detective Bureau, undercover. According to NABU, he is accused of provocation bribes. In fact, according to the NABU, there is a planned sabotage against the employees of the Bureau and the Specialized anticorruption Prosecutor’s office, implemented or authorized by the General Prosecutor of Ukraine”, – noted in the NEB.

According to the report, the essence of “sabotage” is that officials of the SBU, allegedly using information that became known to them in the course of execution of official duties (implementation of listening of telephone numbers within the framework of investigations of NABOO) “not just disclose this information to one of the objects of secret investigative actions, undoing six-month detectives NABOO, but was recruited this person for further illegal pressure and criminal prosecution of employees of the National Bureau”.

NABU said that they have information on the likely arrest of three detectives undercover, head of the second division of the detectives, as well as management of Specialized anti-corruption Prosecutor’s office.

“In addition, from the evening of November 29 not communicate 7 employees of NABOO, who performed the operational task of documenting the episode with participation of the first Deputy Chairman GMS. Their whereabouts are still unknown”, – stated in the message.

Also in the NEB according to the State migration service of Ukraine that the “agent of NABOO” for several months, repeatedly proposed to the Deputy GMS “large sums of bribes”, is not true.

“According to the materials of criminal proceedings, the official GMA she repeatedly voiced the requirement of “incentives” in the amount of thirty thousand dollars, first for a positive decision on granting a foreigner the citizenship of Ukraine, and subsequently for granting a residence permit on the territory of Ukraine”, – said the detectives.

NABU claim that since the start of operation in April 2017, “documented many of the facts of illegal activity of an organized criminal group composed of current and former employees of the Central apparatus and territorial subdivisions GMS”.

“With all responsibility declare that detectives from the National Bureau never provoked any of the SCSU officials to bribe, given the Prosecutor’s supervision personally managed by SAP. In addition, the Director of the National Bureau and head of SAP going on the morning of 30 November to meet with the Prosecutor General of Ukraine, because now there is reason to believe that Yuri Lutsenko, authorizing the actions of the subordinates and employees of the SBU against the detectives NAB, were not fully aware of the details of the operation and the results NSRD”, – stated in the message.

Earlier Dnia it became known that the security Service of Ukraine together with the prosecutors of the Prosecutor General’s office carried out searches of agents of the National anti-corruption Bureau of Ukraine.

Recall, November 29, during an attempted transfer of a bribe of the first Deputy Chairman of the State migration service of the Dina Emahool was detained agent NABU.