In the area of ATO the saboteurs fired at the warehouse, wounding Ukrainian soldier 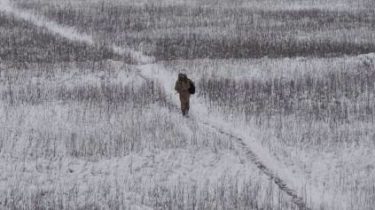 In the last days, November 26, militants have continued to violate the silence regime, using weapons banned by the Minsk agreements, 1 soldier was injured.

This was announced at a briefing speaker of the defense Ministry ATO Andrei Lysenko, Ukrainska Pravda reports.

“In the area of withdrawal of one of the units of the Armed Forces of Ukraine in the Dobropolsky district, Donetsk region unknown fired from automatic weapons and wounded the guard of the warehouse rocket-artillery armament,” – said the Colonel.

According to him, the post arrived quickly backed group that helped to repel the saboteurs. He noted that the wounded soldier was taken to a military mobile hospital in Pokrovsk, now his life is not in danger.

We will remind, on Wednesday, November 29 in Minsk will discuss the formula of the exchange of hostages the militants 306 74 Ukrainians, proposed by Kiev. Ukraine is ready to pay for seven dozen of his three hundred fighters ORDO who have committed crimes against the integrity of the state.