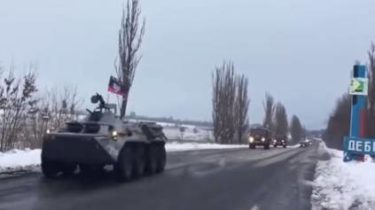 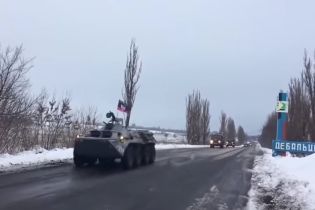 In a Network there was video where fighters from “DNR” after the establishment of the new government in the “LC” column of coming home through debaltseve.

None of the cars has license plates. Some says “Chechen”. And one of the terrorists waving a machine gun at the camera.

We will remind, recently in the occupied Lugansk was “hot”. Local leaders have begun the division of power, and ended with the flight of Igor Plotnitsky, which place was appointed Leonid beekeeper.

The newly elected Chapter has managed to voice its position concerning the exchange of prisoners. According to him, the exchange will take place, as ORDO not going to “violate the Minsk agreement”.