In the US, a woman was sentenced to 10 years in prison for the marriage with his mother 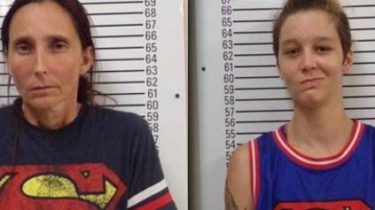 In the U.S. state of Oklahoma sentenced to imprisonment the local resident for his marriage with his birth mother.

26-year-old misty Spann from the city of Duncan pleaded guilty to the unlawful marriage with his 44-year-old mother Patricia Ann Spann. The court appointed her the maximum penalty for incest, which in Oklahoma, outside the law, 10 years imprisonment.

Patricia Ann Spann pleaded not guilty. She considers the marriage legal, after all, lost custody of the children many years ago. Moreover, it did not appear on the birth certificates.

This is not the first marriage to Patricia with your child. Previously, she was married to his biological son, but the relatives broke off their relationship in 2010.

The case against the mother also will be considered in court, but later.

Recall, a brother and sister from Germany, living as a married couple together and conceived four children, lost in the European court of human rights a lawsuit against the German law prohibiting incest. Patrick Stübing and Susan Karolewski didn’t know each other in childhood and was found when he was 20 and she was 16. Between brother and sister by mutual consent struck up a close relationship, they gave birth to four children, two of whom qualified as disabled. Three of them are currently being raised in orphanages.