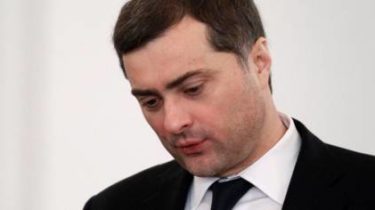 The next meeting with the special representative of the US state Department in Ukraine Kurt Russell and assistant to the President of the Russian Federation Vladislav Surkov will take place in the new year.

About this Surkov said in an interview with TASS.

“Probably in the new year. I hope that early next year,” said Anu

According to him, Russia was the draft resolution of the UN security Council “with realistic and feasible peace initiative,” which “make necessary”.

“Kurt and I perfectly understand each other. The position of Russia on the final pacification of Donbass very clearly expressed in our draft resolution of the UN security Council. What is there to discuss? Make necessary… Russia came up with realistic and feasible peace initiative. Whoever this initiative does not endorse, does not want peace. If someone does not want peace in Ukraine, so they say. And offer eyes different chimeric centrproekt”, – said the representative of Putin.

Peacekeepers in the Donbas: the emergence of the “blue helmets” of the UN will not solve the conflict

He also said that “Russia has to stop full-scale civil war in Ukraine”.

“Our country is the most effective peacemaker. Obviously. It was Russia that stopped a full-scale civil war in Ukraine. Let me remind you that the termination sides of the conflict offensive operations, the transformation of the front line at the line of contact and in General all the Minsk agreement were the result of implementation of the peace plan of Putin, published in the summer of 2014. This plan, despite all the difficulties and hitches, consistently performed. Recent support for our President offers Viktor Medvedchuk (representative of Kiev in humanitarian subgroup of the Contact group, the godfather of Putin – ed.) for the exchange of prisoners is another proof,” he said.

We will remind, earlier the President of Ukraine Petro Poroshenko appealed to the UN initiative to deploy a peacekeeping mission in the Donbas. The Ukrainian side insists that the peacekeepers should be present throughout the occupied territory of Donbas, including Ukrainian-Russian state frontier.

Poroshenko expressed the belief that the UN peacekeeping mission in the Donbas will prevent the supply of troops and weapons to militants.