The head of Gosnautilus accused the leadership of NABOO in pressure 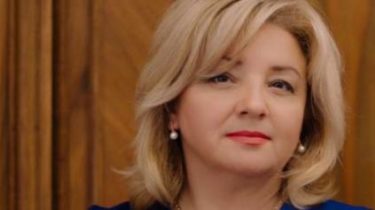 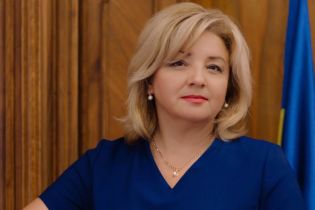 The Chairman of the State audit service Lydia Gavrilova denied the information spread in the media about the opening of NABOO against it criminal proceedings under article “Illegal enrichment”.

Gavrilova told TSN.iathat he had not received any official notice from NABOO, and all information learned recently from the media.

“I learned from the media that I suspected of illicit enrichment. And any official notification from the NABU, I have not received. However, a criminal case was opened, but not in January 2017, and in April. In fact, a criminal case was initiated on the alleged introducing me to the e-Declaration of false data,” she said.

The head of the GUS did not complain and did not give publicity to the opening of business on it in April, because he considered it unreasonable.

“At that time, I understood that the high position which I occupy, the measure of responsibility – all this I kept some of the emotional symptoms and I started to walk, to complain and to give publicity to it. I knew that the circumstances pointed to its invalidity, so accordingly I gave the detectives NAB to understand ourselves in this matter, without disturbing it,” she said.

According to Gavrilova, excitation against it criminal proceedings is pressure from NABS because the activities of the two departments are closely linked.

“I want to note that I regard the fact of excitation of this criminal case as an attempt of pressure on me as the head of financial control, employees of which often involved the NEB to conduct inspections in the framework of criminal proceedings. What has been given such publicity, the dissemination of information that seems to be where there is a suspicion against me, I think it’s a reaction to the NAB that recently my colleagues and subordinates were compiled and signed the inspection report, which refers to the abuse of one of the leaders of NABOO. Therefore, this reaction. Who exactly of the leaders can not say, because this audit was conducted at the request of law enforcement agencies in the investigation of the criminal case, so I can’t disclose,” she added.

“Diversion of the SBU and Prosecutor General’s office”. NABOO has officially commented on the arrest of detective

Chairman GUS also noted that the court’s decision to conduct the searches at her house, it was stated that “the opinion of the detective story”: “If this idea of the detective, I gave them the opportunity to understand”.

Now Gavrilov is engaged in this business with his lawyer and they prepare requests to the leadership of NAB: “If indeed there is suspicion, let them give it to me and then across the court we are going to find out. But, today, I really think that all the circumstances of the case are far-fetched”.

Chapter GUS also denied that the divorce with her husband, the fictitious.

“When people break up, there are circumstances that they can’t pass each other. We are all human and there are different situations. I don’t even want to comment on it, because it’s my personal circumstances, and we are really divorced. But if the detectives believe that this is a bogus divorce, they have to prove it”, she added.

Recall, “Our money,” citing court documents, reported that detectives NABOO because of a procedural manual SAP suspect the head of the State audit service Lydia Gavrilov in the submission of false data in declarations for 2015 and 2016, and also in illegal acquisition of assets in the amount of 9.92 million.

It is noted that the criminal proceedings against Gavrilova brought in eRDR 4 January 2017 under article “the Declaration of false information” and “Illicit enrichment.”

According to investigators, during the 2015-2016 Gavrilova received assets by 9.92 million, the legitimacy of the grounds of acquisition which is not supported by the evidence gathered by the detectives Bureau. She also has not made the Declaration information about her husband. If the detectives NAB to prove that the enrichment Gavrilova was illegal, it threatens from 5 till 10 years of imprisonment.