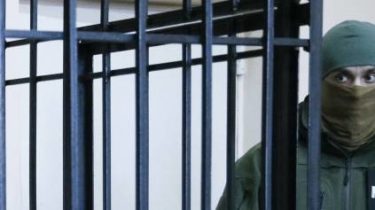 National anti-corruption Bureau of Ukraine has published an operational case notes on corruption at the State migration service.

Appropriate records placed on the page of NABOO Youtube.

As the press service of NABOO in Facebook, a special operation to infiltrate their investigator to the organized criminal group composed of current and former officials of the State migration service of Ukraine began in April 2017.

“Pure provocation”: Lutsenko explained the legality of the detention of the agent of NABOO

It is noted that according to the operative data, these persons demanded and received money for the granting to foreigners of the citizenship of Ukraine, residence permit on the territory of Ukraine, as well as for remuneration accelerate the production of biometric passports for Ukrainian citizens.

“Branching network, members of the criminal organization demanded increased zakonomernosti. Therefore, according to article 8 of the Law of Ukraine “On operational-investigative activities” and article 272 of the Criminal procedural code of Ukraine, the National detective Bureau was entrusted to a special undercover assignments with the aim of penetrating the structure of this criminal organization,” – said in the message.

NABU claim that was used by the legend that their detective acted in the interests of foreign companies interested in the formal employment in Ukraine their workers – citizens of other States. Thus, the representative of NABOO has established direct contact with the first Deputy Chairman of the SCSU, which, according to operational information, one of the leaders of a criminal organization.

So, 27 August 2017 detective NABS an informal meeting with the official, during which the so-called representative of the foreign company (and in fact, detective NABS – Ed.) asked for advice about getting a foreigner a passport of Ukraine.

Video settings, the GPU has explained the reasons for the detention of the agent of NABOO

“The official SCSU not only denied these conversations, but on the contrary — she offered, in her words, “the only legitimate scheme”, which would allow to implement the intention. Namely: “to make” alien relatives in Ukraine by falsifying DNA tests and obtaining the relevant court decision — in aggregate, this data set is the basis for granting citizenship. However, this option, according to the official, will be “expensive”. “Thirty is the minimum,” she said and at the same time assured them: “all do, trust me”. The official himself that day handed over a list of the documents necessary for implementation intentions,” — said the press service of NABOO.

In addition, during the meeting on 7 September she again voiced confirmed the amount and said that we are talking about 30 thousand U.S. dollars. However, when in early October, detective NABOO brought the documents, as mentioned earlier, the official already, probably, being aware of the situation, refused to accept them.

EXPLANATIONS REGARDING the failure of the special OPERATION to EXPOSE CORRUPTION IN the STATE MIGRATION SERVICE of UKRAINE (VIDEO) IN April 2017, the ro…

In response to the reaction of the official detective NABS undercover in further support of an extremely informal communication to maintain the legend. To the point were installed schema extensive criminal activities regarding the provision of services relating to migration with the participation of other officials of the state, territorial units and individuals-intermediaries.

On 23 November on initiative of the first Deputy Chairman of the SCSU met for dinner, during which she asked whether it was possible to settle the case of an alien, the citizenship of which she once promised to help and then refused. The detective told her that he has no information about the alien, but there is another who needs to obtain a residence permit on the territory of Ukraine.

November 24, the clerk offered to bring her documents. After the transfer of documents on 27 November, she called the detective undercover and reported that it is easier to solve than with citizenship, but the amount will be the same, which has been discussed earlier, that is 30 thousand dollars. USA. In the case of consent, she offered to give her half of this amount on November 29.

“November 29, during the transfer of this sum detective who worked undercover, was detained by employees of SBU and prosecutors of the PGO. Thus were disrupted the operation of NABOO and the ARS with the exposure of massive corruption scheme at the State migration service of Ukraine. In addition, with the aim to refute some of the theses of a briefing of the official SCSU regarding the personal nature of the meetings, we offer you a video one of these informal meetings, during which the clerk asked the detective to exchange 50 thousand UAH, which she had received from a third party, and which, in her words, could be controlled bribe. Explaining, she noted that the exchange she needs in order to eliminate the possibility of identification of banknotes”, — added in the NABOO.

Videosu and prosecutors tore a special operation to NAB

We will remind, on November 29 it became known about detention of the agent of NABOO by the SBU, which had received permission from the GPO. We are talking about the transfer of 15 thousand dollars Dini Emahool, first Deputy Chairman of the State migration service. The CTA stated that “for several months, agent of NABU, the son of former people’s Deputy from Party of regions Yury Boyarsky, executing illegal instructions of individual heads of NABOO, repeatedly tried to provoke Dean Pimanova, offering large bribes for acceptance of illegal decisions on legalization in Ukraine citizens of Vietnam and Iran, which did not even exist in reality.”