Saakashvili received an official permission to spend the winter in Ukraine 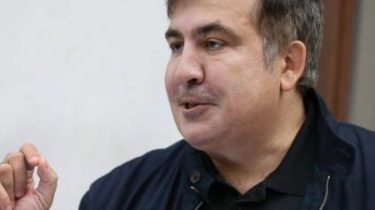 Deprived of Ukrainian citizenship to ex-President of Georgia and former head of the Odessa regional state administration , Mikheil Saakashvili can legally stay in Ukraine all winter, until March 1, 2018.

Appropriate permission he received from the State migration service and posted his photo in Facebook.

“Very polite employee of the migration service gave me a certificate of extension of period of legal stay in Ukraine for another three months, even kindly treated to tea. At the same time there is a threat, the security service received a search warrant for my apartment and office premises in case of a coup. Surveillance of me and my closest associates in recent days, the eye had doubled, and on the disposition of Poroshenko yesterday I already told you,” said Saakashvili.

Recall that Saakashvili was deprived of citizenship in late July, when he was outside Ukraine. He is a politician went back on September 10. He entered the territory of Ukraine through KP “shehyni”that in Lviv region, although I was going to make it through KP “Krakovets”. To the border he got a bus and crossed it illegally, along with 60 others. Some of them have used force against the guards. The court found the politician guilty of illegally crossing the Ukrainian border and ordered to pay a fine.