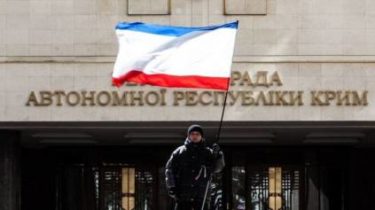 Amnesty International calls on Russian authorities to immediately and unconditionally release human rights activist of the Crimean Tatar Emir-Usein cook, a defendant in the so-called “Yalta the case of Hizb ut-Tahrir“, to stop criminal prosecution against him and remove him of all charges.

This is stated in the statement of the human rights organization, published after the Rostov district military court at the visiting session in Crimea, cook extended the period of detention.

“Every time the court extends the arrest of Emir-Usein cook, who was haunted not really for “participation in terrorist organizations” or “the preparation of the violent seizure of power”, and for his peaceful human rights activities. We demand an end to this injustice, to drop all charges and immediately release him,” said the Director of Amnesty International Ukraine Oksana Pokalchuk.

In the organization claim that the trial of the Emir-Usein cook is a violation of international humanitarian law, according to which the Russian Federation has no right to judge the inhabitants of the occupied territory in a military court.

“Russian security forces in Crimea do not disdain any methods, they intimidate prisoners’ families, organize unauthorized searches of their homes, putting pressure on lawyers. The de facto government is trying to stifle the slightest manifestation of dissent,” added Pokalchuk.

As noted, Amnesty International has selected Emir-Usein cook one of the heroes of the international “Marathon of writing letters” in 2017 in the Eastern European region.

“We urge our supporters to sign a petition demanding the Russian authorities to release Emir-Usein cook and join the online flash mob in support of it under the hashtag #FreeKuku”, – added in the organization.

Recall of the Emir-Usein cook was detained on the territory of the occupied Crimea on suspicion of involvement in “Hizb ut-Tahrir”, which is considered terrorist in Russia, and took into custody February 11, 2016. In December last year, his arrest was extended until February 8, 2017, and the prisoner sent for compulsory psychiatric examination at which he was returned to jail 9 January 2017.

Previously on the border with the occupied Crimea Russian border guards detained 7 wives of political prisoners. Their men are the defendants in the case “Hizbut-Tahrir”.