The GPU wants of conviction for wanted Zatulin 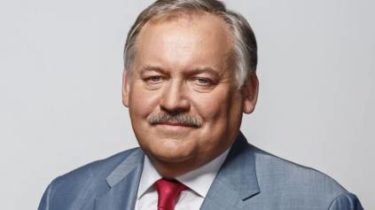 The Pechersky district court on 1 December upheld the Prosecutor’s request and gave permission for the implementation of the special pre-trial investigation in respect of Russian state Duma Deputy Konstantin Zatulin.

This was reported in the Prosecutor’s office today, December 4.

It is noted that after carrying out investigative actions and indictment against Zatulin will be submitted to the court for special court proceedings (in absentia conviction).

Now the Main military Prosecutor’s office carries out pre-judicial investigation in criminal proceedings from 2015 on suspicion Zatulin in Commission in the period February – March 2014 criminal offenses related to infringement of territorial integrity and inviolability of Ukraine, planning, preparation, unleashing and waging an aggressive war.

Suspect in September this year was declared the state investigation, the investigating judge granted permission to its detention and delivery in court for the hearing of the petition on application of preventive measure in the form of detention.

Earlier , the PGO has published a video that talks of the Russian President’s adviser Sergei Glazyev, Konstantin Zatulin and other Russian officials on the organization of the capture of Kharkov, Odessa, Donetsk and Zaporizhzhya regional state administration.