Because bankopada Ukraine has lost 14% of GDP 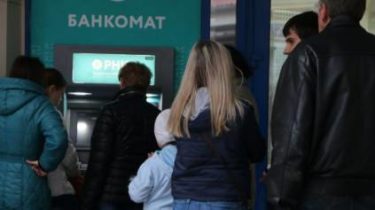 Since the beginning of the banking crisis in 2014 when the number of banks has halved because of the bankruptcy, the direct costs of Ukraine on settlement of the situation accounted for 14% of GDP.

This was stated by the Deputy Chairman of the National Bank of Ukraine Dmytro Sologub, UNIAN reports.

“The direct costs of Ukraine on the settlement of the banking crisis amount to about 14% of GDP, and it is still relatively few,” said Sologub.

Problems in the banking sector of Ukraine was formed over the last few years, and were the result of the financial crisis of 2008-2009, to which domestic regulators have not managed to cope.

“These problems have accumulated since 2008 and is not eliminated for ignoring the real situation,” said Sologub.

Note that since 2014, the NBU has declared insolvent over 80 banks (almost half of that acted on the market). The guarantee Fund of deposits of physical persons paid to the depositors of nearly 80 billion UAH of compensation.

As of October 1, the DGF filed militiamen 3299 statements regarding misconduct in the bankrupt banks for a total amount of 262,3 billion UAH, including the 435 applications to 192.2 billion in respect of the owners and top managers of financial institutions.

Earlier , the IMF felt that because of corruption, Ukraine annually loses economic growth of 2%.