“Food unites the hearts”, or what you publish in social networks to attract potential brides and grooms 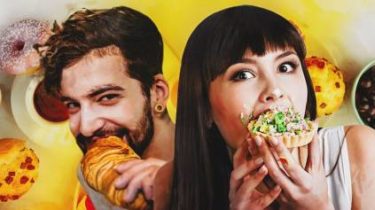 Photos of various dishes, publications about their own food preferences and talking about food on social networks to attract potential brides and grooms.

This is stated in the survey of employees of one of the sites of znakomstv, which analyzed 350 million pages in social networks, reports the Metro.

The researchers ‘ findings showed that the potential “significant others” attracted by the mention of gastronomy. This is valid even more than the pictures Frank talk about the art or the weather.

Special “Basic instinct”. What should be the first food of the baby

Thus have compiled a list of foods which are most attractive to users of social networks. At last, the tenth place was the mention of burgers. In ninth place was cake, then on the eighth step, stopped cheese. Pasta and avocado was ranked respectively seventh and sixth place, the fifth – sushi. Fourth and third place among the most attractive dishes on the Internet got salads and chocolate. Potatoes, but not fries, was on the second line, and the most attractive dish was a Mexican appetizer guacamole, which is prepared from mashed avocado and tomatoes.

However, there are foods that should not be added to the list of its publications, because they only reduce the chances of success in a potential partner. It’s bananas, fried chicken and eggplant.

We will remind, journalists were allowed to review the menu and prices for meals in the dining room of the Verkhovna Rada of Ukraine. Now the price there is not a special, alcohol is not poured, and dishes there are about three hundred.